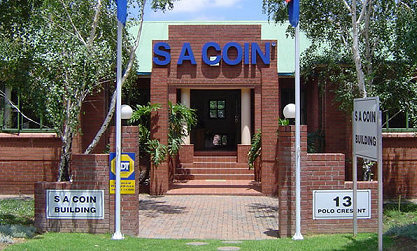 Although coins have been produced in South Africa for more than a century, the South African Mint’s new facility incorporates much modern technology making it one of the most advanced manufacturers of circulation coins, numismatic products in the world.

In addition to minting all of South Africa’s coins, the company supplies coins and coin blanks to an increasing number of countries throughout the world and has built up a reputation for reliability, quality and innovation.
The South African Mint is proud to have received a number of awards for the design and quality of its gold and silver coins. Many of these coins depict themes from South Africa’s rich cultural and natural heritage and reflect the dedication and attention to detail that the company’s people devote to all its products.

The South African Mint is in an excellent position to continue to serve its many customers throughout the world at the commencement of the new millennium.